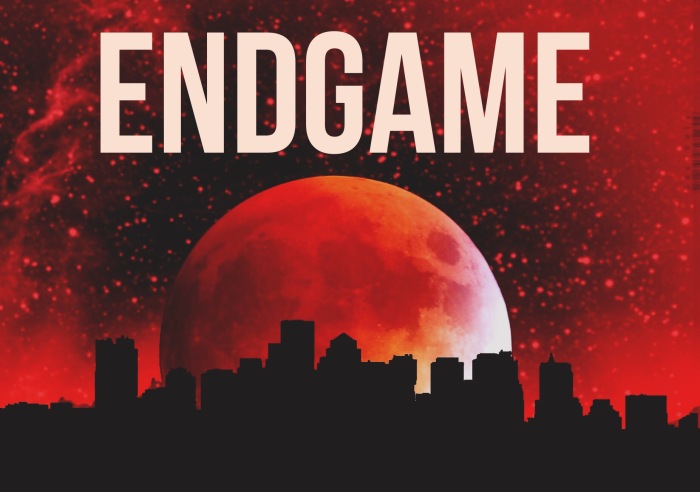 Those of us who love Biblical Prophecy are not in style these days. The overwhelming trend in Christianity is to focus on what God can do for me now. Living with purpose, intentionality, in community, or whatever catch word is popular this month. To look towards Heaven is ok. But don’t dwell on that too much, cause, you know, you gotta die to get there.
And so Prophecy, with its’ emphasis on God Redemptive Plan, not on God’s Plan for you now, is out of fashion. Especially because the Prophecies of the Bible that are yet to be fulfilled are quite violent.
Violence and Grace seem to be opposites, so we recoil from Prophetic Scriptures. Even those who study Scripture struggle to reconcile the Judgment of God with the Grace of God. But the Judgment of God is not always reconciling. Men and women reject Him and His Son’s sacrifice. We want to believe that a loving God would never commit, cause or condone violence against His creations. That betrays a basic misunderstanding of what a creator is.
A poor illustration, but somewhat helpful, it to look to creative people. I would argue that those who make it a life’s goal to create are closest to God’s plan for humanity. We were made in His image. We were placed in the garden and told to till, plant, arrange. In other words, we were commanded to create in this world with the supplies God provides. Creatives at their core are violent and destructive. We rip apart what’s not working and use the parts to create something better. Creation for us is all about recreation. To recreate you must destroy what is already there. When I taught art at a local college I encouraged my students to draw over, erase, even throw away pieces in order to find the best art they could produce. My sketchbooks and trash can are filled with art that will never see the light of day. Scratched out, rubbed out, thrown out. Drawing or painting or writing is all about how the world is, should be, or would be. That process can be very violent.

God’s endgame is all about finishing His work with Israel, and judging the nations of the earth for their treatment of Israel and their rejection of His provision of salvation. That process will and must be violent. Offering your enemy an alternative to violence never works. The Enemy of the faithful will fight to the last moment before he is chained in everlasting darkness. God has offered the world His alternative in the form of faith in His Son Jesus Christ for Millennia. At some point the Father’s patience will end. Then He will deal with the unrighteous in the only way left.
I fully believe that there will be a Rapture of the church, a seven year tribulation, a world leader the Bible calls the Anti-Christ, and a war to end all wars at Armageddon. And I am not scared. I’m excited. God is going to have His Justice. As someone who loves God, I love that He gets His way. He’s God after all.